With the release of Creo, PTC looked to refresh and revamp its legendary 3D design system, Pro/Engineer, with new technology and a new approach. We look at how the Creo vision is being realised.

When PTC decided to drop the Pro/Engineer brand, it took many by surprise. For all it’s ups and downs over the years, from storming success in the early 90s to losing out to SolidWorks’ market domination ten years later, Pro/Engineer has always been a well respected system. Why was that the case? Because it could get the job done and handle a level of complexity, whether of assembly or geometry, that few in the mainstream could match.

In 2010, Creo introduced the rebranding of the Pro/E line to bring in a vaguely redesigned user interface. But, perhaps more importantly, to introduce new technology for PTC’s customers. Whether that’s greater capability to work with third party data, direct modelling, which got a boost with PTC’s acquisition of CoCreate in 2007, or sub division surface technology for complex organic surface modelling. So, let’s explore where things are heading with the Creo 3 release cycle. A good place to start is the headline enhancement for Creo 3 — Unite Modeling. 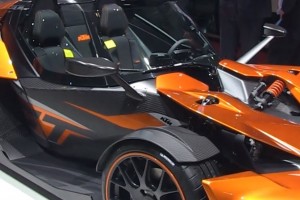 The most innovative manufacturing companies today use a combination of parametric and direct 3D modeling to maximize innovation while at the same time ensuring speed, flexibility, and faster time-to-market.  Companies from iPhone case makers to motorsports manufacturers like KTM Motorcycles are living proof that it doesn’t matter which industry you operate in. Everyone benefits from 3D CAD […]