Officially named the fastest-selling consumer electronics device ever by Guinness World Records, Kinect for Xbox 360 has gone down in history as one of the greatest successes in the gaming sector. The first of its kind on the market, the controller-free entertainment system sold an average of 133,333 units per day to total eight million units in its first 60 days between 4 November 2010 and 3 January 2011 – a figure no other consumer electronics device has exceeded within this time span..Take a look at how the use of PTC technology, particularly Creo Elements Direct, has helped make Microsoft Kinect the success it is today:

‘The incredible speed and flexibility of direct modelling has enabled us to achieve results that would not have been possible with a parametric approach. Each method has unique advantages, so the blending of these capabilities in Creo enables users to access the extended capabilities of both through . The result is a toolset that is powerful, flexible and very fast.’ 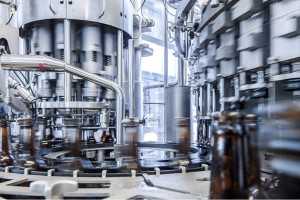 “We use PTC Creo for every stage of the process, from the first sketches, to detailed models, to manufacturing. Many of the innovations you see in the system are directly linked to using PTC solutions” says Andreas Krieg, head of construction at KHS