Piaggio Group, the Italian leader of the European powered two-wheeler market, has adopted Zuken’s E3.series to support increasing cabling complexity and volume and to enhance their electrical design efficiency and quality.

The Piaggio Group, which owns several prestigious scooter and motorcycle brands including Piaggio, Vespa, Aprilia and Moto Guzzi, faced changing requirements to their electrical design process. Global expansion brought an increase in the number of product specifications for different markets, so they needed to streamline their design processes and reduce their time-to-market to accommodate the increased scale of operations. 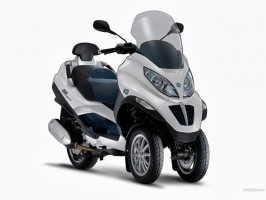 We looked for a tool to give an end-to-end design path from schematic capture to physical design. One of the reasons E3.series stood out is its inbuilt electrical intelligence. This will help us reduce rework and add digital prototyping into our engineering design process to satisfy challenging time-to-market and quality demands. Piaggio Group previously used a generic rather than wiring harness-dedicated 2D design tool for cabling design, but it was unable to meet stringent new cost effectiveness, global parts unification and time efficiency targets. We selected E3.series after benchmarking several CAD tools.

The company is currently using E3.series at their engineering center in Pontedera, Italy, and they plan to roll out the software to other sites soon.Baracchino explained that E3.series also fulfilled their requirement to be able to exchange data with their existing 3D CAD tools: a virtual digital mockup of the vehicle can be designed in advance, shortening the development time, reducing costs and, above all, increasing the overall product quality and reliability to a level not previously possible.

The Piaggio Group plays a leading role in transportation history and its scooters have become synonymous worldwide with urban cool living, with a strong accent on innovative solutions. The Piaggio Mp3 was the first modern three-wheeled scooter, and the Mp3 Hybrid was the world’s first scooter with parallel hybrid drive and plug-in technology on its launch in 2010. 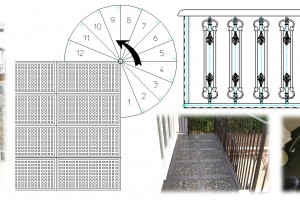